Zum Inhalt springen
Home > SOLID > What’s wrong with that: Do not only code the happy case
Published Juni 27, 2016 von holgerleichsenring

What’s wrong with that: Do not only code the happy case

Last pull request I’ve opened was some kind of disappointing. When going through the code files, I detected a lot of… questions marks above my head. 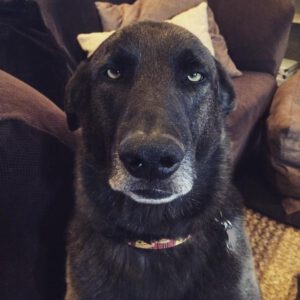 We do use pull requests for two reasons actually:

So here we are, some changes to the setup, thus no Dependency Injection in place. Actually I do like to have it in place pretty much everywhere but in case of setup, the overhead is pretty high. Most of the code does not allow for factories, components are „just“ called. Nevertheless, would be great to have it in.

Anyway it is important to keep the rules of abstraction, sensible encapsulation and separation. Let’s have a look here and come up with some questions: 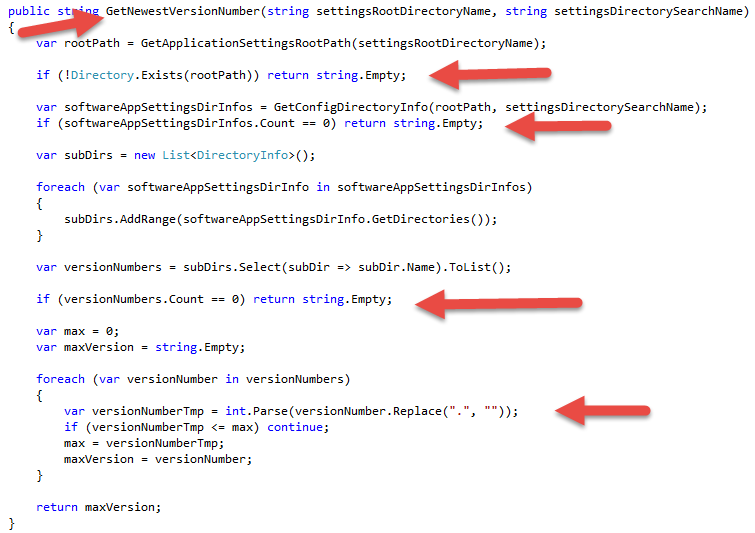 What does the name „GetNewestVersionNumber“ tell?

Is there any method available that returns an old or current one? I wouldn’t find too many reason for doing so, but if the word „newest“ is added to this method name, it should have a reason because it raises expectations on my side. So either remove it and stay with method names being verbs or verb phrases. Let’s say in a class that shall process actions, it could look like this:

Don’t going into too much details about CommandContext here. You may want to have a look at how commands can be run seemlessly when using Windsor Castle/ DI and object models. The Execute method is just a verb. That does make it pretty easy to understand what’s going on. The name of the class/ command shall indicate clearly what is about to be executed, while the method name itself shall neither be redundant nor being not specific enough.

We keep going with commands at this place. ICommandExecutor is certainly implemented by a class called CommandExecutor – also here following the best practices that the default implementation of an interface follows the same name, removing the prefix „I“. Actually there are three methods, one for executing just one command, the other two for executing multiple commands.

Not really surprisingly, the methods are called Execute, being available as overloads. Why not naming it ExecuteCommands? Because CommandExecutor.Execute(commands) looks better than CommandExecutor.ExecuteCommands(commands) and it shorter. Being short and explicite means the developer is faster in reading, and most probably faster in understanding. And that’s just pure money – beside the fact that the developer may be is even more motivated because he’s not going to be nerved by redundancy.

Actually there are a lot of simple samples. Think of collection methods: Remove, RemoveAll, Clear, Add, Delete. All these are verbs or verb phrases.

What’s wrong with that? The caller will just get a string, right? Yes! That is exactly the point. There are three different reasons why the caller will get the same insensible information.

In fact, returning string.Empty can be useful. But not as part of „Exception Handling“. Because this is no exception handling. This is what I call the „happy case“. This code will do what it has to when everything is available that is necessary. But it will fail ungracefully when there is anything missing. Inspite of taking action apparently, this method let the caller decide what do to when some circumstances, environment information is just not given. That normally lead to

It is pretty obvious why exceptions are swallowed. Because the caller doesn’t know anymore what happened it just knows that something went wrong.

What is the solution here? That’s the reason why we do pull requests, to improve before commit. Now the method looks like this:

There are still issues. Are you able to identify them? (just scroll down)

Do you find anything else? Let me know.